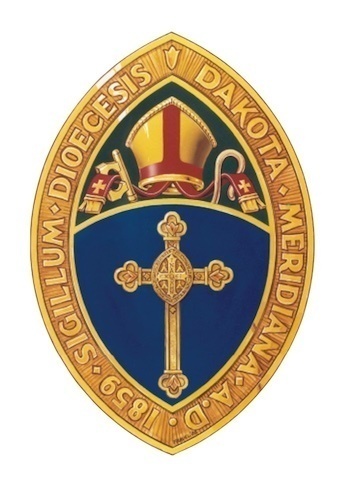 The Itanchan of the Niobrara Council has informed me that a policy change regarding the distribution of Niobrara crosses was finalized on June 23, 2022, at the Niobrara Convocation held in the Sisseton Mission. According to this change, Niobrara Crosses are now only to be given to Native adult and children confirmands.

There are many things that concern me about this change. First, I was present at the last Niobrara Convocation, and whereas the Niobrara Cross was discussed, nothing was finalized, and there was no public vote taken. The Rev. Annie Henninger, who was Secretary of the Niobrara Council at that time, has affirmed this. According to her, a revised policy was presented to the Officers as “the final draft for us to sign.” When Mother Henninger repeatedly questioned whether this new version of the policy needed to be voted on by Niobrara Convocation, she was told that it was a done deal and that no vote needed to be taken.

In November of 1975, the members of the Niobrara Convocation voted overwhelmingly to share the gift of the Niobrara Cross with the entire Diocese, and at the following Diocesan Convention, this gift was accepted. A gift given is exactly that: a gift. The giver of a gift cannot expect its return simply by demanding it back. This is true in congregations, and it is true in this case. A giver of a gift can request its return, but the recipient is under no obligation to do so just because a request has been made.

Until such time, it is my judgment that the proper venue regarding any changes pertaining to the Niobrara Cross is that of Niobrara Convocation, as was done twice in the 1970s. Further, as Bishop, I do not recognize this new policy change for all the above-mentioned reasons. Niobrara Crosses will continue to be distributed to everyone who is being confirmed or received into the Episcopal Church in the Diocese of South Dakota and the relative parts of North Dakota, regardless of their race.

Although the cross of Jesus Christ historically has been used as a weapon and as a tool of discrimination, that was never God’s intent. Similarly, to use the Niobrara Cross to punish current and future white members of our Diocese in retribution for the notable and regrettable sins of our forebearers, and especially in response to the tragedy of Native American and Indigenous children who died and who were mistreated in boarding schools, is a great mistake in my opinion. However, that message was coming across very clearly at last Friday evening’s meeting of the Niobrara Council, which saddens me to no end. There are holy, wholesome, and healthy ways to respond to the boarding school trauma and to other historical trauma that many in our Diocese are experiencing. Weaponizing or turning the gift of the Niobrara Cross into a tool of discrimination is not one of them.

Additionally, in response to the charge that people don’t know what the Niobrara Cross means, I would remind all clergy, catechists, and teachers that it is my expectation that information about the Niobrara Cross be taught as a part of all confirmation and inquirer’s courses. There have been confirmands in congregations (in and outside of reservations) that have not received this information until I arrived to confirm them. This is not acceptable, given its importance and our history.

Current Niobrara Council Officers, those elected and those appointed, have been asked to meet with me in January to discuss this and other matters of serious concern. Your prayers for all involved and concerned are appreciated.

Printed Copy of Bishop's Statement on the Niobrara Cross

Copyright © 2022 The Episcopal Diocese of South Dakota. All rights reserved. Powered By Apptegy