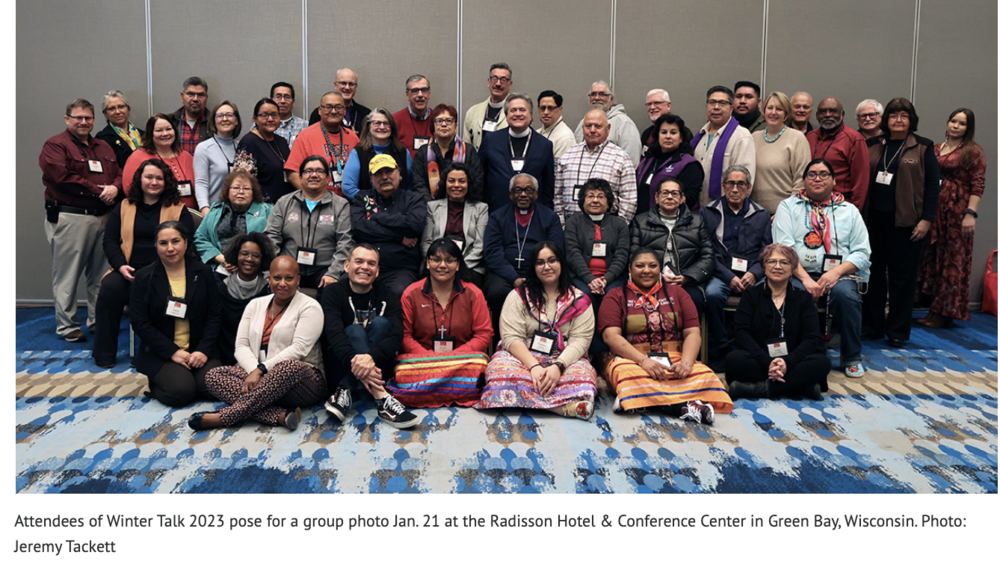 [Episcopal News Service – Green Bay, Wisconsin] The Oneida have called the Green Bay area home for 200 years since the tribe was forced to relocate from its ancestral homeland in central New York under pressure from expansionist European-American settlers and business interests. Many of the Oneida who first arrived here in the 1800s brought not only their families, traditions and culture but also the Episcopal faith.

While putting down new roots here, the Oneida established the first permanent Episcopal worshipping community in what today is the state of Wisconsin. The historic Church of the Holy Apostles located on the Oneida Reservation is often referred to as “the grandmother church” of the state’s three Episcopal dioceses.

“Holy Apostles has always been a center of our lives,” Jenny Webster, a tribal council member, said on Jan. 21 as she and other Oneida Episcopalians hosted a small, weekend gathering of Indigenous ministry leaders at the Radisson Hotel & Conference Center, an Oneida-run facility adjacent to the Oneida Casino.

The annual Winter Talk conference is organized by The Episcopal Church’s Office of Indigenous Ministries,  and this year, in addition to drawing several bishops from dioceses with large Indigenous communities, the 50 or so attendees included Presiding Bishop Michael Curry and House of Deputies President Julia Ayala Harris.

Copyright © 2023 The Episcopal Diocese of South Dakota. All rights reserved. Powered By Thrillshare